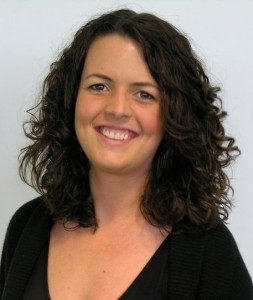 “For businesses, Sustainable Development should be core to their purpose – meeting the needs of people they work with today, and giving full consideration to the needs of future generations. My hope is that the Sustainable Development Goals will bring us closer than the MDGs to tackling global social challenges. Both frameworks were designed with the same purpose in mind, and yet the approach that each has taken is markedly different.

Originating from the vision and leadership of Kofi Annan, the MDGs defined eight goals via a ‘top down’ directive to UN member states. Conversely, the four pillars of the SDGs have been built ‘bottom-up’ through a collaborative process of stakeholder engagement. The intention being that consultat
ion across a powerful international network will encourage a common sense of ownership and accountability for realising the SDGs.

At their inception in 2000, the MDGs went a long way to establishing the role of government and political accountability for the development of our planet. They successfully raised global awareness and public pressure for action, and the framework provided measurable and time-bound objectives (the first of their kind). Ultimately they laid the foundation, including achievements and lessons learned, from which the SDGs have been established.

My personal frustration with the MDGs has been their generality and lack of clarity on accountabilities. Despite commitments from countless organisations, they have fallen short due to insufficient political will and deficient financing to address global social challenges at scale. They have also been thwarted somewhat by the mistrust derived between developed and developing markets; for instance with the preconception that those who ‘have’ are imposing their will on those who ‘have not’.

In recognising and trying to address these difficulties, the SDGs place increased focus on problem-based solutions and support these with clear ‘calls to action’. By applying systems-thinking and simplifying the language used, the SDGs enable stakeholders to identify the sustainability challenges that are pertinent to them. Moving beyond the role of government and NGOs, this enables a wider ‘target audience’ (including corporations and the younger generation) to identify with the goals and take accountability for changing the status quo.

This doesn’t mean that the SDGs have all the answers, but it’s great to see the aspiration they set for all stakeholders – government, private industry, academia and the public – in tackling global social challenges. With the role of business increasing in relevance to the sustainability agenda, it makes me wonder if the next iteration of these goals will go even further to: (a) provide greater incentives for action, and (b) encourage multi-stakeholder coalitions to address some of our most challenging cross-border and inter-disciplinary problems.”

*Views may be personal